Admetus, you must endure this calamity. You are not the first and will not be the last to lose a noble wife. We all are doomed to die.

I know it.
Not unawares did this woe swoop down on me; for long it has gnawed at me.

But, since I shall ordain the funeral rites for this dead body, you must be there, and meanwhile let a threnody re-echo to the implacable God of the Underworld. And all you men of Thessaly whom I rule-I order you to share the mourning for this woman with severed hair and black-robed garb. You who yoke the four-horsed chariot and the swift single horses, cut the mane from their necks with your steel.

Let there be no noise of flutes or lyre within the city until twelve moons are fulfilled. Never shall I bury another body so dear to me, never one that has loved me better. From me she deserves all honour, since she alone would die for me!

In reading this text, I couldn’t help myself to think about Alexander the Great after Hephaistion’s death. We know Alexander organised the most expensive funeral from all time for his Chiliarq. His behavior were seen by ancient historians like disproportionate.

But in regard of his theatrical character, it is certainly more understandable. Euripides in a late age came in Macedon at Archelaos’ court, a far ancestor of Alexander the Great. There, Euripides wrote deux plays, The Bacchae and Archelaos (a lost play). Euripides and his work must be known by well-read Macedonians.

And we know that Alexander had a passion for theater. So, for all these reasons, it is not ridiculous to think that the young Alexander knew Euripides’work.

Some like Arrian saw in Alexander’s attitude after Hephaistion’s death a mirror of Achilles’ behavior after Patroclus’ death. Knowing that Alexander was a fervor admirer of Iliad. But without doubt, there is too some similarities between what the ancient historians reported about Hephaistion’s death and Alcestis. The severed hair, cut mane of horses, no noise of flutes or lyre. Plutarq describes that very well in Parallel lives :

He [Alexander] ordered to cut as soon as mane of all horses and mules in sign of bereavement, to destroy ramparts of cities surroundings and to put in croce the miserable medecin ; he forbade during a long time the use of flutes and all kind of music until the day where arrived Ammon’s oracle ordering to honor Hephaistion like a hero.

But, too we can wonder if it was not Plutarq who was influenced by Euripides’ play. We know that Plutarq was not the most rigorous historian. 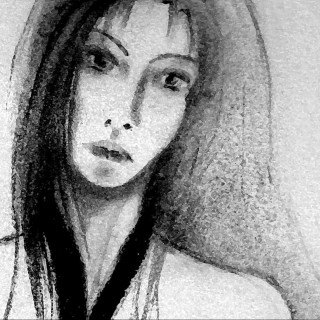